Where do American crocodiles live?

The American crocodile is a reptile that lives in North, Central, and South America. Although crocodiles are found in some of the same areas as alligators, crocodiles live in different habitats. Alligators need fresh water to survive, while crocodiles have adapted to salt water environments. The American crocodile has a special gland in its mouth that filters out extra salt and allows it to survive in marshes and swamps with salty water.

What do crocodiles eat?

American crocodiles are carnivores, which means they eat meat. They eat frogs, fish, turtles, insects, birds, and almost any animal they can catch that lives in or visits the water where they live. A crocodile can eat up to one half of its body weight in one meal, and crocodiles have been known to live for up to one year without a meal. They achieve this by not moving around very much and minimizing the amount of energy that they use.

After a mother crocodile has mated and laid her eggs, she builds a nest to protect the eggs and keep them warm. Scientists studying crocodile nests have discovered that the temperature of the nest affects how many girls and boys are born. If the nest is cooler than 86 degrees Fahrenheit, more female crocodiles will hatch. If the nest is warmer than 93 degrees Fahrenheit, more male crocodiles will hatch. When baby crocodiles hatch from their eggs, they are about the size of a human hand. 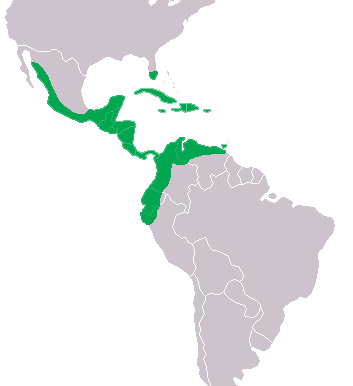 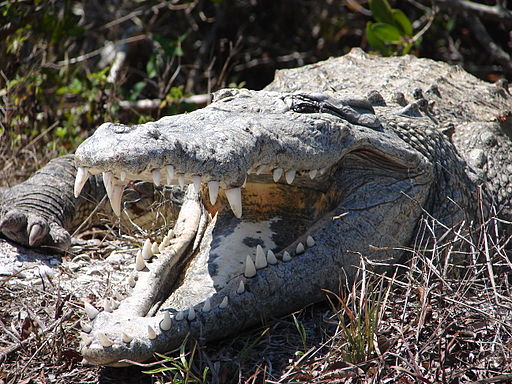 An American crocodile in a national wildlife refuge in Florida opens its mouth to wait for prey or to help itself stay cool
Steve Hillebrand, U.S. Fish and Wildlife Service
Image Source