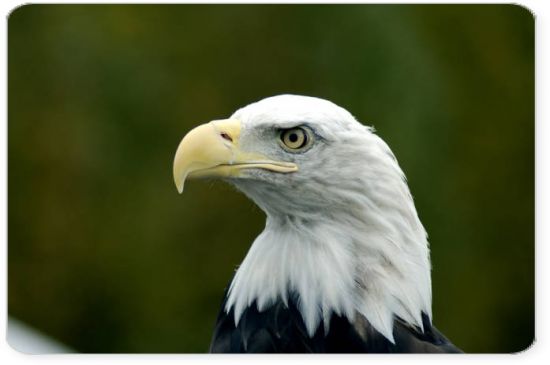 Adult bald eagles have white heads and tails. The feathers on the rest of their bodies are brown and their bill, feet, and eyes are yellow.  Young eagles have a brown speckled plumage for their first four to five years. Bald eagles like to live near large bodies of open water with plenty of fish and old-growth trees for nesting. Bald eagles mainly eat fish, but they are opportunistic feeders (they will eat other things too). They hunt fish by swooping down and snatching the fish out of the water with its talons.

The species was on the brink of extinction in the United States late in the 20th century, but now has a stable population and has been officially removed from theU.S. federal government’s list of endangered species.