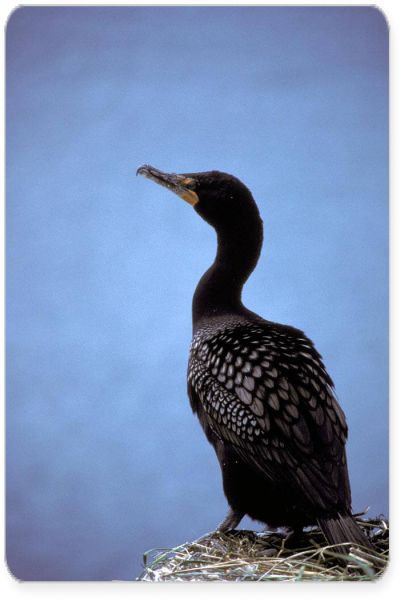 Where does the double-crested cormorant live?

Cormorants can be found in the sea and on freshwater lakes and rivers. They build stick nests in trees, on cliff edges and on the ground on islands. Cormorants often live in large groups called colonies. Cormorants like to eat fish. However, they will sometimes also eat amphibians and crustaceans. Double-crested cormorants dive to catch their prey.

This cormorant is common in a lot of coastal areas. They spend their winters anywhere that is ice-free along both the Pacific and Atlantic coasts. Cormorants that nest on the Great Lakes migrate south to the Gulf Coast for the winter. The cormorant population decreased in the 1960s due to the effects of DDT (a pesticide). Their numbers have increased since the use of DDT was banned. 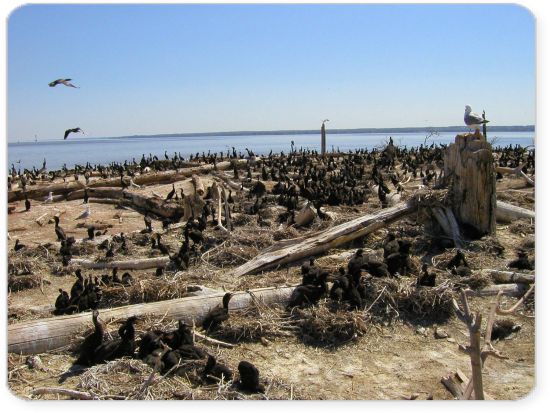 Several cormorants perched among the mangroves.