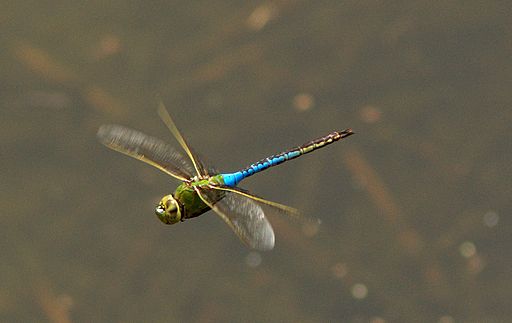 A green darner flies through the air in search of food. By Mike Ostrowski
Image Source

The Green Darner dragonfly is an insect that lives near water and can be found all over North America. Each spring, Green Darners leave the southern United States and Mexico and fly north for the summer. Each fall they return to their southern homes for the winter.

Although they are not able to hear, smell, or make sounds, dragonflies have excellent eyesight. Each of their large eyes has around 30,000 lenses that make it easy for them to see above, below, and all around them as they fly through the air. If a dragonfly spots a mosquito or other insect that looks tasty, the dragonfly may swoop out of the sky, snatch the insect, and gulp it down while it continues to fly.

Did you know that Green Darners start their lives without wings? They hatch from eggs and live as underwater bugs in ponds and streams for between 1 and 3 years. During this time they are called nymphs and they hunt and eat other underwater creatures.

When a green darner nymph is ready to metamorphose into a dragonfly it crawls out of the water, sheds its skin, pumps blood into its newly formed wings, and flies off as an air-breathing, insect-hunting dragonfly! 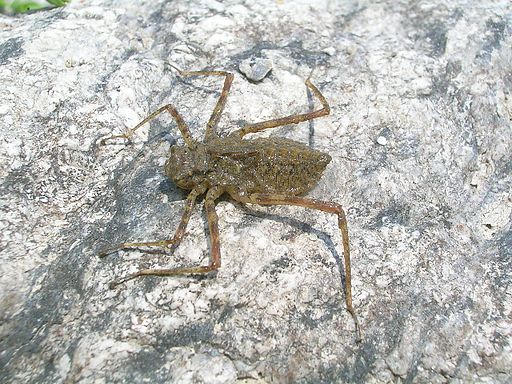 This is a dragonfly nymph. It lives underwater and looks nothing like an adult dragonfly. By L. Shyamal
Image Source 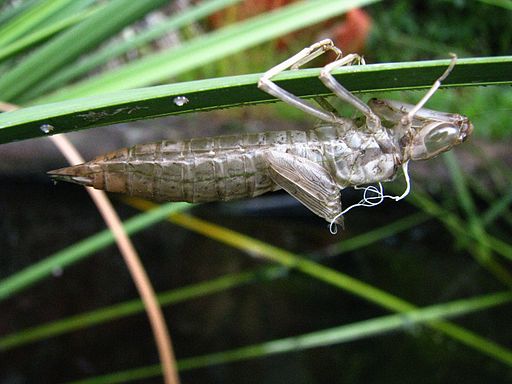 This skin was left behind when a nymph metamorphosed into a flying adult dragonfly. By David Eickhoff
Image Source

The above links plus: